Mahalo, Honolulu, for Another Great Twestival!

The third annual Honolulu Twestival has come and gone, and once again, I completely failed to blog about it throughout the whirlwind of activity before and after the event. Fortunately, this year’s Twestival brought a local cause into the limelight, and Honolulu’s social media community once again stepped up to make it a success.

If you’re not familiar with Twestival, it’s the biggest global charity event organized through social media. In its previous two years, it has raised over $1.2 million globally for international aid groups (charity: water and Concern Worldwide). Honolulu’s contribution to those two charities totaled over $10,000.

This year, however, was different: over 150 cities around the world coordinated and hosted their own fundraising event to benefit a local cause. It made organizing much more complicated, but it made the effort much more rewarding.

Honolulu’s beneficiary was the Blood Bank of Hawaii,a non-profit serving Hawaii’s patients since 1941. From the moment we reached out to them, they were excited and enthusiastic, and developed a plan use the event and the funds it raised to heighten awareness about the important need for blood donation, stimulate interest for the next generation of donors, and increase the number of first-time donors.

Of course, the Twestival was held in the wake of the earthquake and tsunami tragedy in Japan, and the crisis there is still unfolding. It was a challenge to promote the Twestival in the midst of extensive fundraising efforts for Japan, with no fewer than a dozen other events taking place the same week.

Fortunately, we were blessed to have representatives from the Hawaii Red Cross at the Twestival, combining two great causes and groups that serve people in need. And the local “Flock of Prayers” group was on hand, inviting people to fold cranes and write messages of support and hope to the Japanese people.

As worthy as the causes were, no question the main draw of the Honolulu Twestival remains its live music program. This year, local beatboxer and Chinatown evangelist Jason Tom was the headliner, and more importantly, the connector who recruited and coordinated the other great performers. They included renown dancer (and under-recognized singer) Willow Chang, traveling musician Kamuela Kaohano, and singer-songwriter (and Yelp community manager) Emi Hart.

The emcee for the evening, and for the third straight year, was Angela Keen, communications pro, former newscaster, and recruiter for Straub Clinic & Hospital. She spoke from the heart as to the importance of the Blood Bank of Hawaii, whose work has saved countless lives… including her own.

The primary way Twestival raises money for charity is through ticket sales. One hundred percent of those monies go toward the cause. This year, over 100 people came through the door, and we raised about $2,000 for the Blood Bank of Hawaii… though the final total won’t be known until all the checks clear and Twestival HQ transfers the ticket revenues.

What this arrangement means, however, is that it comes down to sponsors to cover the expenses of putting on the event.

Farmers Insurance Hawaii stepped up before we even knew where and when the event was happing, sponsoring the Honolulu Twestival every single year so far. Last year, they wanted to invite attendees to check out their My Farmers Hawaii community site. This year, they introduced a free e-Safety Reminder service.

Also maintaining an unbroken record of sponsoring the event was Bruce and Yaling Fisher of Hawaii Aloha Travel, a couple and a company that totally embraces new technology and social media to provide an otherwise traditional service. Whenever I hear from anyone who’s thinking of booking a trip to Hawaii, I send them to Bruce first.

Important advance cash donations also came from Twestival organizer Vernon Brown (who, alas, was out of town this year) longtime supporter Lika Jordan. And Patrick Williams, Roxanne Darling, and Ric & Pamela Dizon somehow found their way to an online donation page that wasn’t even promoted. The Dizons, it should be noted, came to the Honolulu Twestival from their home in California.

And a special shoutout goes to Neal Kido, local search engine optimization (SEO) expert, who brought no fewer than twenty of his friends to the event… a huge boost considering that we’d only sold ten tickets at the time he stepped up. He did so in the name of Surfboard Shack, a site for new and used surfboards, surfing accessories (like surfboard bags), and surfboard reviews.

We needed a lot of help to spread the word about the Honolulu Twestival, especially amongst the understandable avalanche of news coming from Japan. Major thanks are due to Erika Engle for writing about the event in the Honolulu Star-Advertiser, and to Hawaii News Now and KITV for featuring the event on their morning shows. (KITV interviewed me via Skype, Hawaii News Now had Jason Tom and Kamuela Kahoano perform live on the air.)

Other partners included Nonstop Honolulu, where I am a contributor, Yelp Honolulu, which featured the Twestival in two weekly newsletters reaching over 30,000 people, and The Hawaii Independent. Civil Beat was in the house, and donated several prizes. Once again, Valentino Valdez handled all our graphic design, contributed in the name of Kukui High, our joint enterprise.

There were at least another half dozen blog posts written about the Honolulu Twestival, and countless mentions on Facebook on Twitter. And that kind of outreach, really, is the lifeblood of any Twestival. Folks like Paul Klink and Toby Tamaye even pitched in, even though they was organizing other events at the same time. And you know things will go well when L.P. “Neenz” Faleafine lends her support.

It’s About the People

Finally, but perhaps most importantly, Twestival Honolulu simply could not happen without a solid, sharp team of volunteer organizers. This year, Realtor Kelly Mitchell helped connect key dots, finding us a home at The Venue in Chinatown, enlisting Sakara Blackwell of DH Catering, and at the last minute, even roping in her husband Vince to install one of his famous digital signs to show live Twitter posts at the event.

Bruce and Yaling Fisher aren’t just sponsors, they’re hard workers, having helped drive things forward for the Honolulu Twestival since year one. Lika Jordan and voracious technologist Judi Clark were invaluable resources both in organizing and executing the event.

Ever since the first Honolulu Twestival, it seems there comes a moment perhaps a week or so beforehand where pulling off the event seems like an impossible task. But each time — not through luck, but through hard work and immeasurable support from the community — everything comes together to create a special evening.

Once again, we enlisted social media to do social good, having a great time for a great cause. Hope to see everyone again in 2012.

In addition to the great video recaps above, check out photos from Honolulu Twestival 2011 courtesy Nonstop Honolulu, 808Talk,and Raul Soria. 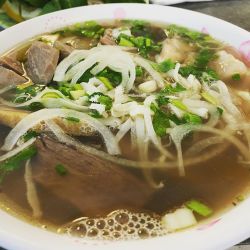 Spam is stolen so often in Hawaii, cans are no longer sold in cases and are instead individually displayed in theft-deterring containers