A month ago, I’d have bet that most Honolulu residents didn’t even know that Vintage Cave existed.

It’s been around since the end of 2012, and there is a very interesting story about how it came to be, with Japanese developer Takeshi Sekiguchi providing chef Chris Kajioka a blank check to do whatever he wanted to create “the best restaurant in the world.” (Kajioka left in July of last year, but Vintage Cave reopened a couple of months later with a team of international chefs.) It’s a restaurant that could have easily continued to fly below the radar, chasing excellence and prestige over market share. Hidden in the bowels of Ala Moana Center, which is already getting increasingly labarythian, it was difficult to discover even by accident.

Then, on New Year’s Eve, President Barack Obama and First Lady Michelle Obama chose the restaurant for their last meal of 2014. Even the Vintage Cave team was surprised, and since it was a busy night, the president and his wife ate alongside other diners, enjoying the same signature $295-per-person tasting menu.

The dinner went on to make national and international headlines, much of it focused on the deliberate extravagance of Vintage Cave: its $500,000 per year membership, which the Obama’s did not pay, as well as its rare original artworks by Picasso and other notables, which the Obamas did not buy. Even so, the president’s reliable critics had a field day.

Now I think it’s safe to say local foodies (if they even deign to accept that label anymore) are all aware of Vintage Cave. And I kind of regret not taking up a generous invitation to check it out before it made the news.

Last month, Vintage Cave reached out and invited my wife and me to dine there as guests of the restaurant. Though I was immediately intimidated and insecure about my ability to truly appreciate the experience (I dine at Wendy’s more often than I care to admit), I couldn’t pass up the chance to check it out.

The Vintage Cave kitchen today is helmed by Jonathan Mizukami (who worked with Thomas Keller at The French Laundry in Napa Valley for a decade) and Eddie Lopez (who worked at three Michelin-star restaurants on the mainland). Together they develop the Vintage Cave’s evolving tasting menu.

The food is the star, for sure, but it’s obvious that they care quite a bit about the overall experience. Vintage Cave is billed as as a “private society elevating art, culture and pleasure,” and they really mean it.

In short, it was a magical evening. Even adjusting for the heavy bias points that come with a totally unearned complimentary meal, it was one of the best dinners I’ve ever had, and absolutely the most surprising and delightful meal of my life.

Just arriving at the restaurant is surreal. With the entrance to Vintage Cave hidden in the lowest level of Ala Moana Center, stepping through the door is like stepping through a looking glass. My wife described it as a “Harry Potter” entrance, and that certainly fits. One moment you’re in a grimy, coldly-lit mall parking lot. A second later you’re inside a lavish mansion.

The dining room is enchanting, filled with art and ornate furniture and fixtures. I strained to soak in the scene. And then the menu is presented, and then the dishes start to arrive.

I’ll admit, I was a skeptic of the whole “molecular gastronomy” movement, and there were many unique preparation methods and presentations. In the end, geeky delight won out. And there were beautifully sparse plates that looked exactly like the sort of plates that they make fun of in burger joint commercials. But each dish was almost too pretty to eat. And the flavors were both surprising and decadent.

Much of the time, despite the colorful descriptions, I had no idea what something would taste like when I put it in my mouth. And for that first second or two, sparks flew around in my brain as I tried to process the flavors. And while some dishes were more amazing than others, all of them were interesting. And by the time they brought out a whole dish of curious and creative desserts, I was very happy but also very well fed.

We were given a chance to visit the kitchen to meet chefs Mizukami and Lopez (who were so nice and gracious, even though we were clearly interrupting some serious work), and got a tour of the whole space (which includes many rooms only members get to spend time in). There isn’t a corner of the restaurant that wasn’t carefully considered, from the Italian marble floors and extensive Romanian brickwork to every piece of artwork and furniture. In the boardroom, one-of-a-kind antique Japanese ceramic pieces. In the bar, a bottle of whiskey that’s sold for $6,000 per shot.

I’m totally not qualified to truly review the meal, or the decor for that matter, but I’m a decent smartphone photographer. A picture is worth a thousand words, so you can check out the photo gallery from our visit tonight here.

First day out in a while

The secret ingredient is love 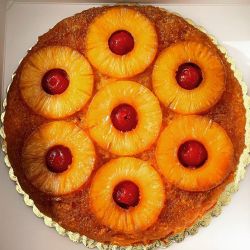