Ready for APEC, But Just Barely

After nearly two years of planning and preparations, APEC is finally landing in Honolulu. This week’s events brings government leaders from around the world (including Punahou grad and U.S. President Barack Obama) to the Aloha State. That definitely means heightened security (which will disrupt traffic and other aspects of everyday life), and supposedly means escalated protest activity.

I used to work for PBEC, which interacted with, and sometimes held events in conjunction with, APEC. So I was somewhat familiar with most of the preparations for these “Leaders’ Week” gatherings. They’re not exactly the Olympic Games, but they are a big deal for the selected host country. This year, thanks to Pres. Obama, Honolulu gets to shine on behalf of the United States.

But this is the first time I’ve seen things from the perspective of a local in the host city, and I have to say, it’s been… interesting.

Hawaii has known that APEC was coming since November 2009. While it made a few headlines at the time, things had been pretty quiet for nearly a year. While there were certainly things happening behind the scenes all along the way, it was only last October that a vendor was selected to build the official APEC 2011 Hawaii website. This year, we got the Hawaii Business Innovation Showcase awards, a high school essay contest, and… not too much else.

What has been visible, though, has been an incredible amount of seemingly last-minute effort on the part of the city and state to gussy up the place.

On my daily commute to work, I drive up and down Nimitz Highway, the main corridor between the Honolulu International Airport and downtown Honolulu (and Waikiki). It is a notoriously unattractive stretch of the city, with industrial lots and warehouses built right up against the road, and a half-hearted median with mostly overgrown brush. I think it’s something everyone mentions when they talk about the poor first impression we make on tourists, who are the primary drivers of our economy.

It was only in September that we saw an explosion of activity on this stretch of road. Ratty shrubs and weeds were suddenly gone, replaced with lush green grass and palm trees. The $1.3 million beautification project, after being talked about for years, was finished in about 45 days.

And it looks great… though I wonder how long it’ll be before the weeds return, or before the first tall tree falls and blocks every lane of the highway.

Meanwhile, a coworker who lives in Waikiki noted today how the sprinklers along the Ala Wai Canal, which have been broken for years, were suddenly repaired last week and were now spraying life-giving water throughout the night.

And then there’s the Honolulu International Airport. Its facilities have been so neglected that the dated and run-down condition is charitably described as part of its “old Hawaii charm.” There are parts of the airport that I’ve never seen operating in my lifetime, and you’re more likely to see a bucket catching dripping water than a flower pot. Sure, there was an ambitious “Airport Modernization Plan” announced in 2006, but then the economy and airline industry went south (including the failure of major island carriers Aloha Airlines and ATA).

But last week? Four separate improvement projects at the airport totaling $7 million were completed. Gov. Neil Abercrombie says they weren’t initiated because of APEC, although APEC motivated them to get things done faster. While the international areas of HNL look better, there are still a lot of cracked walls, peeling paint, and leaking roofs elsewhere.

While residents are bracing themselves for the various disruption this week’s events will bring (including the shutdown of the entire length of the H-1 freeway on Sunday), it’s clear Honolulu is putting its best face forward. The city and state government spent millions to set the stage for a successful event. Signs are everywhere, welcoming the more than 20,000 people that the APEC gatherings are expected to bring, along with the $74 million they’re expected to spend while here.

But taking a step back to look at how much we got done in relatively little time also reveals something else. It turns out that this city always had the ability to invest what it needed to in order to achieve the appearance of a modern city and a welcoming visitor destination. We just weren’t properly motivated until now.

What will we see in terms of infrastructure and beautification projects after APEC is over? And will we have even half the conviction of these past few weeks to get to work on things that go more than skin deep? 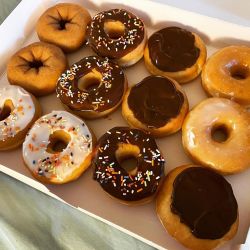 The sign language interpreter for @mayorkirkhnl is on it